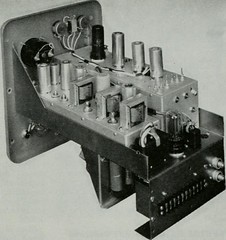 About Triacs Electronic Parts and Its Product Range:

A triacs is an AC conduction device, and may be thought of as two antiparallel thyristors monolithically integrated onto the same silicon chip. TRIAC, from Triode for Alternating Current, is a generalized trade name for an electronic component that can conduct current in either direction when it is triggered, and is formally called a bidirectional triode thyristor or bilateral triode thyristor. TRIACs are part of the thyristor family and are closely related to silicon-controlled rectifiers (SCR), unlike SCRs, which are unidirectional devices (can conduct current only in one direction), TRIACs are bidirectional and so current can flow in either direction. Another difference from SCRs is that TRIAC current flow can be enabled by either a positive or negative current applied to its gate electrode, whereas SCRs can be triggered only by current going into the gate. To create a triggering current, a positive or negative voltage has to be applied to the gate with respect to the MT1 terminal (otherwise known as A1). Once triggered, the device continues to conduct until the current drops below a certain threshold called the holding current.
The directionality makes TRIACs very convenient switches for alternating current circuits, also allowing them to control very large power flows with mill ampere-scale gate currents.

Applying a trigger pulse at a controlled phase angle in an A.C. cycle allows control of the percentage of current that flows through the TRIAC to the load (phase control), which is commonly used, for example, in controlling the speed of low-power induction motors, in dimming lamps, and in controlling A.C. heating resistors. Obviously a triacs can also be triggered by exceeding the break over voltage. This is not normally employed in triacs operation. The break over voltage is usually considered a design limitation. One other major limitation, as with the SCR, is dV/dt, which is the rate of rise of voltage with respect to time. A triac can be switched into conduction by a large dV/dt. Typical applications are in phase control, inverter design, AC switching, relay replacement. When used with inductive loads such as electric fans, care must be taken to assure that the TRIAC will turn off correctly at the end of each half-cycle of the AC power. Indeed, TRIACs can be very sensitive to high values of dv/dt between MT1 and MT2, so a phase shift between current and voltage (as in the case of an inductive load) leads to sudden voltage step that can make the device turn on in an unwanted manner.

The ratings and characteristics of the triacs are similar to those of the thyristor, except that the triac does not have any reverse voltage ratings (a reverse voltage in one quadrant is the forward voltage in the opposite quadrant). However, one characteristic requires special attention when choosing triacs; the rate of re-applied voltage that the triacs will withstand without uncontrolled turn-on. If a triac is turned off by simply rapidly reversing the supply voltage, the recovery current in the device would simply switch ton in the opposite direction. To guarantee reduction of the current below its holding value, the supply voltage must be reduced to zero and held there for a sufficient time to allow the recombination of any stored charge in the device.

I have a wide experience as a purchasing consultant for Aviation and Electronics Industry. In this article I share my experience and knowledge to help you choose the Best Triacs Electronic Part.