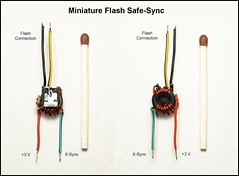 Some understanding of a circuit board assembly, the object, is required before one can understand how PCBAs are assembled. The base of the assembly is the printed circuit board (PCB) with complex networks of conductive connectors called traces. Mounted on the PCB is a collection of components. There are two main categories of components, smart and passive. Smart components are the chips, also called integrated circuits (ICs), which perform logical functions at lightning-fast speeds.

Passive components include capacitors, resistors, diodes, switches and transformers. Capacitors store up static charge to be released during periods of high demand. Resistors reduce the current’s voltage or amperage where needed. Diodes direct the flow of electricity into a one-way path, and switches turn currents on and off. Some PCBs that control power supply have transformers and coils upon them to change the voltage of electricity.

Circuit board assembly, the action, is accomplished through soldering. The method used depends partially on whether the components are to be surface mounted or through-hole mounted. A surface-mounted component (SMC) is one that is glued onto the PCB. A component mounted by through-hole technology (THC) has leads that are inserted into holes drilled in the printed circuit board assembly. Surface mounted components can be soldered by either wave or reflow soldering methods, or by hand. Through-hole components can only be soldered by wave or by hand.

Wave or reflow soldering works well for high-volume production, while hand-soldering is used for small-volume prototypes. In wave soldering, the PCB loaded with components is passed across a pumped wave or waterfall of solder. The solder wets all of the exposed metallic areas of the PCB not protected by a solder mask. Recently, surface-mounted components have become more popular in most applications, so reflow soldering has become the predominant method. In reflow soldering, solder paste is used to temporarily fasten one or more components to their contact pads. Next, the entire assembly is passed through a reflow oven or under an infrared lamp. This melts the solder and permanently connects the joint. For prototypes, a skilled technician can solder components by hand under a microscope, using tweezers and fine-tip soldering iron.